The scholarship program is intended to foster confidence and encourage students to follow career paths that will lead them to personal success. Every student, regardless of academic achievement, has an equal opportunity to receive this award.

One student in each host school who, by their own efforts, indicates how Career Day influenced their future education, training, or career goals, will be selected to receive the Arie A. Bucheister Memorial Scholarship.

"My late husband believed that anyone could be successful if they had the desire to succeed. Parents, teachers, and community members can be supportive, of course. However, Arie felt that it was up to an individual to do the work necessary to have a bright future. He was an immigrant and the child of Holocaust survivors. He moved to the US with his family at age 11 and was unwavering in his knowledge that he would have a future very different from that of his parents and grandparents. He was determined to be in charge of his future success. Arie had a doctorate in organic chemistry. He left chemistry to be his own boss, work in our family’s retail business, build a fast food restaurant, and erect a four-story building with the help of local men in Brooklyn who had nothing but the will to work. Arie freely gave of himself to friends, family, tenants, co-workers, and even strangers on the street. He wanted everyone to have the brightest future possible. One thing he could not control, however, was the short amount of time he would be with us. His life was cut short but not his legacy. He lives on in his family and friends and the young people who are honored with this award." - Beth 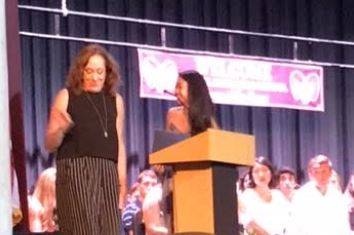 Mrs. Bucheister,
Thank you so much for the Arie A. Bucheister Memorial Scholarship. It was an honor to receive it. I really enjoyed meeting with you and Career Day Inc. influenced me a lot. It was too bad I couldn’t experience the full day but I learned a lot from what I did see. Thank you again!
- Amanda Chau 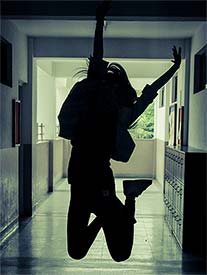 I was so honored to be the recipient of the Arie A. Bucheister Memorial Scholarship this year. Career Day inspired me to look into a career that I might not have given any thought to. The photographer (Gail Singer) has invited me to go along with her on photo shoots and learn about photography editing programs. This experience has enriched my life! I am a student who started OBHS as a struggling student. Through discipline I stayed on the honor roll and now principal’s honor roll for many years. This is just a clear sign to me that I successfully turned my life around.

As long as I live, I will never ever forget the vision of you on stage calling me up to give me the scholarship. This may be the norm for other students, but for me it was absolutely extraordinary.

With my sincerest thanks for this blessing,
- Victoria Ann Lattanzio